The concept : When a child is in distress, the friendly, elegantly dressed Pan Tau appears and — without ever speaking a word — helps and assists the child discretely and invisible to grown-ups until, with a magical movement of his hand and a touch to his bowler hat, he vanishes again.

Pan Tau can fly with the help of an umbrella he always carries with him, disappear at a snip of his fingers and he can also transform himself into a puppet that is approximately the size of a Barbie Doll but so much more classy! The puppet then acts in stop-motion, the children can carry it around easily without exposing Pan Tau to the grown ups, who are often depicted in a comic, caricatured way. Many scenes have a slapstick quality to them while there is a lot of truth in the behaviour mocked and observed.

Pan Tau also appeared for and saved animals, like setting free dogs from a shelter and giving them to the children for Christmas. It only occurred to me now, that the British series "Grandpa in my pocket" is somewhat close to the main characteristics of Pan Tau. How we would try to imitate that elegant motion of his hand at the brim of the hat before a trick or a disappearance…. Although Nena is a good 10 years older than me, the video shows lovingly the affection of a whole generation with the one and only Pan Tau.

Will not hesitate to smack anyone who dares saying there is anything creepy about it. We watch TV. Use the HTML below. 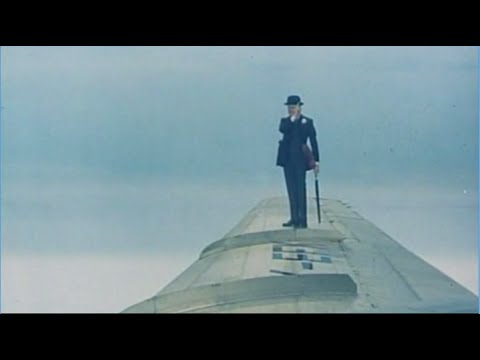 Edit Did You Know? Add the first question.